Union construction workers on the job at the Hayward School District’s modernization projects are delivering quality work on schedule and within their budgets. Work on five public schools in the District is being done under terms of a Project Stabilization Agreement with the Alameda County Building Trades Council. The improvements are funded by the Measure I bond measure passed by 73 percent of Hayward voters in 2008. The PSA/PLA received Board approval June 24, 2009.

The Measure I Bond Oversight Committee reported earlier this year that through their “review of the independent audit and our direct observations while visiting the construction sites and completed facilities, that while keeping the projects on schedule and in budget, the Measure I team is delivering quality facilities with the best available technology to enhance the learning environment in Hayward.”

The Committee also noted that “through the contracting policies implemented for Measure I, the Hayward community is also benefitting from the increased number of construction jobs and businesses revenues made available to Hayward. At the current rate, Hayward citizens will directly benefit from approximately $40 Million of wages and $40 Million of business revenue through the completion of the projects.”

MLK has an enrollment of 650 students but will now have the capacity for 900. Hayward hasn’t built a new middle school in about 10 years. A new gymnasium, new multi-purpose building, and new wing with 12 classrooms were being completed before the fall semester was set to begin.

Jenny Rios, the Project Manager for General Contractor Vanir Construction, said the new classrooms have state-of-the-art multimedia and high tech wireless systems, and new storage areas. The project also includes renovation of the library and media center and a new administration building and offices which were also completed before families arrived to register their children.

Rios said the $33.7 million project was six months ahead of schedule. She said that the construction would also feature some sustainable elements, including energy efficient building and equipment designs, and water conserving site development features such as synthetic turf and drought-resistant plant materials. Solar photovoltaic panels may also be added in the future.

Vanir Superintendent Tom Black said all the subcontractors are union and between 75 to 100 workers are on the project every day. Subcontractors include Acco for mechanical, engineering, and plumbing, Del Monte Electric, J. Thompson Painting, National Steel, Cosco Fire Protection, Lombardi Drilling, and Ghilotti Brothers for the concrete.

Local contractors are also part of the mix. Hayward-based Boyette Construction is doing much of the carpentry and drywall. Workers from Danco Waterproofing, also based in Hayward, did the caulking of the outdoor plaza area and the new amphitheater behind the new multi-purpose building.

Black and Rios said the Project Stabilization Agreement was working well and meeting the requirements for using local contractors, suppliers, and workers. Rios noted that in order for workers to qualify as local hires, they have to have been Hayward residents since 2008 when Measure I was passed.

The School District’s Chief Facilities Officer, Dave Gallaher, said that  the project was exceeding the goals of hiring 30 percent of the workers from Hayward, with 48 percent of the crew being Hayward residents. “They funded these projects through the bond measure so we wanted to give local people a chance to get the jobs,” he said. He pointed out that the local hires spend their earnings in the community and support other Hayward businesses.

Gallaher also noted that many of the construction workers on the five school projects have children who are attending the schools. “That means a lot,” he said. “It gives the students and families a sense of ownership that they took part in the improvements of their schools. It’s been very positive and really satisfying.”

He said that he was also very satisfied with the PLA. “It’s proven to work very well for us,” he said. “What you find with large school construction projects like the ones we are doing is that most of the workforce is from union contractors. So we deal with union contractors a lot and make them our partners; we work together with labor to make the projects successful.” He said that without Project Labor Agreements, relationships can be adversarial, but the PSA provides for ways for labor and the District to work out any issues or problems. The contractors aren’t required to be union, but must all “play by the same rules and abide by the standards” for prevailing wages and hiring, he noted.

“It makes for much better quality and better relationships,” Gallaher said. “All the projects are coming in on or under budget and on schedule. Having the PLA in place really contributed to that.” He said the Measure I projects were his first experience with a PLA/PSA and that he would highly recommend them for future projects in the District, as well as to other school districts embarking on school modernization projects.

“Unions help make sure workers are well-trained,” Gallaher said. “That’s a win-win for everybody, even the non-union subcontractors; they appreciate getting skilled and trained workers dispatched from the union halls.”

Gallaher added that, “After having worked with unions in implementing the PLA, I have the highest regard for the union leadership, and the workers.”

The five projects combined will employ between 300 and 400 construction trades workers over the two year scope of the construction. 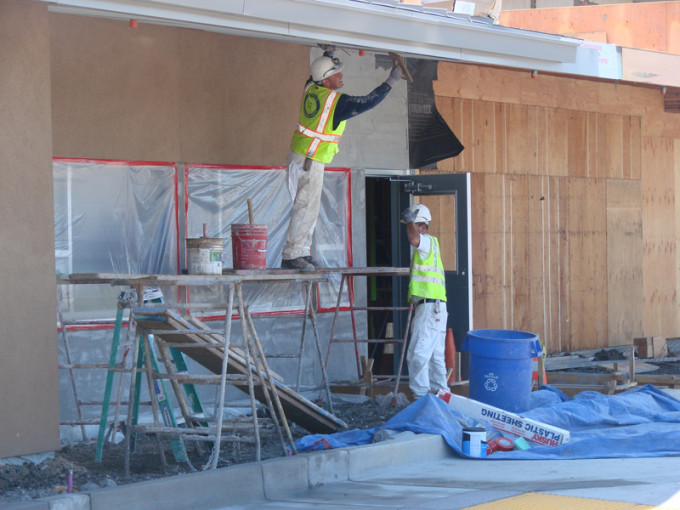 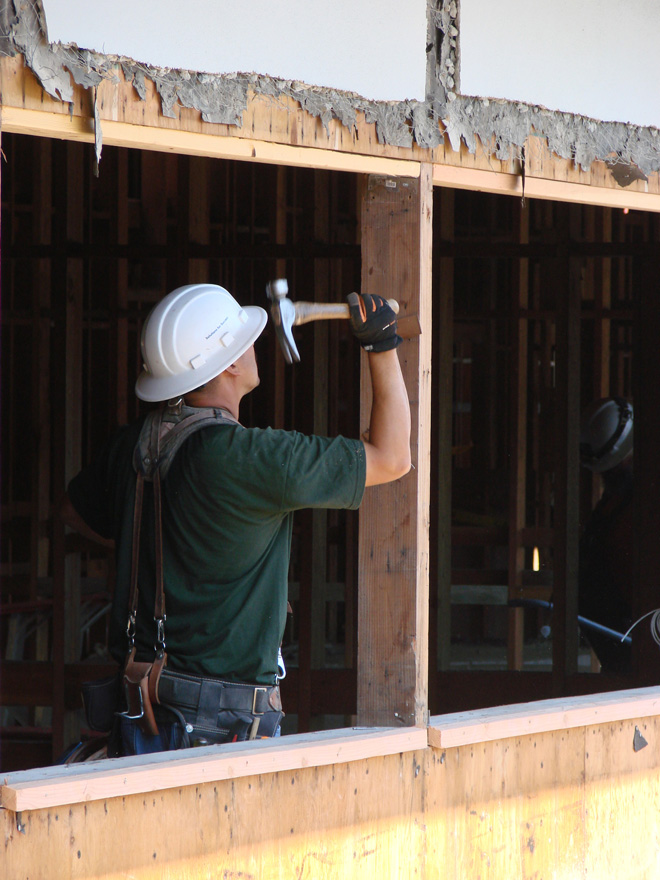 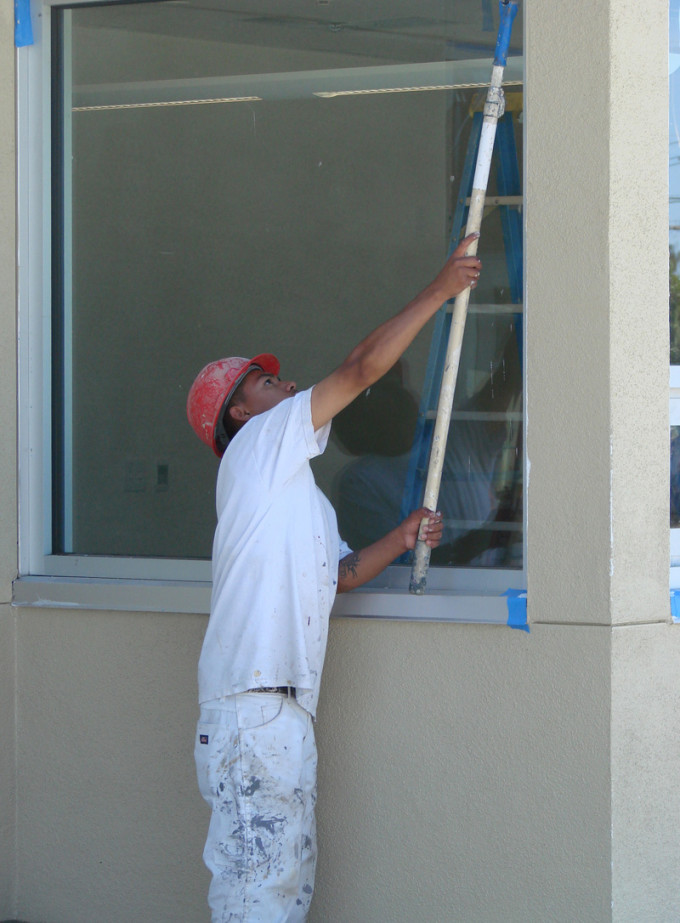